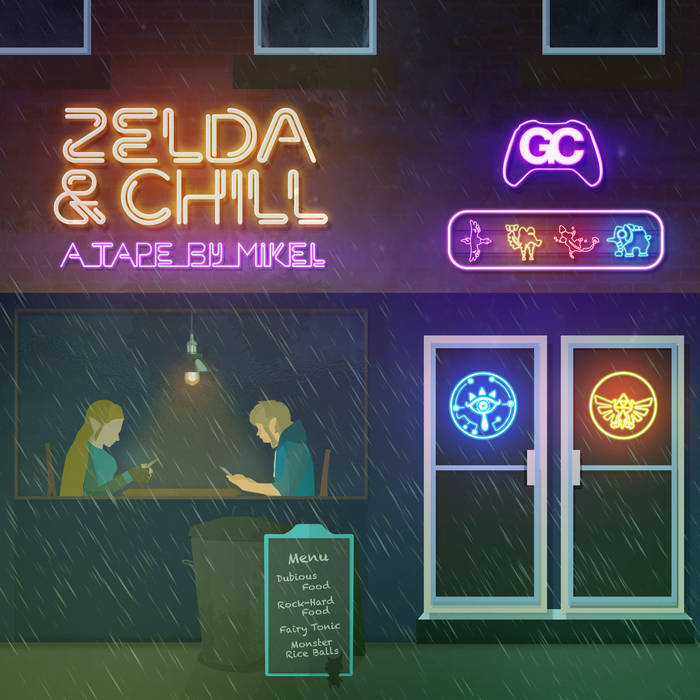 terry Every single track is a perfectly crafted remix of the various Zelda tunes. Very relaxing, lots of nostalgia. Both volumes are total gems. Favorite track: Song of Storms.

cleofriskey It does what's in the title. Nerd music to relax and chill. Favorite track: Ballad of the Goddess.

rival13 I worked at FuncoLand during the launch of OOT...this track is nostalgic AF for me. TYVM 💖 Favorite track: Ocarina of Time.
more...

Zelda & Chill contains music from the original Legend of Zelda for NES all the way up to Breath of the Wild. These tracks were recreated with classic keyboard sounds, atmospheric synths and laid back beats, the perfect soundtrack to study, chill, and save Hyrule to.

Zelda & Chill’s tracklist features music from the original LoZ, Link To The Past, Majora’s Mask, Wind Waker, Ocarina of Time, Skyward Sword, and Breath of the Wild. Themes like Gerudo Valley, Song of Storms and Lost Woods are sure to please long time series fans.